Skip to content
HomeSurely Goodness and Kindness: Talking With Brian on Manly Wharf

I overheard a man on Manly Wharf beach one afternoon and his story became one of the most compelling interviews.

Let’s get there, unlike the Manly Ferry which darts out of Circular Quay and pretty much makes a beeline for Cabbage Tree Bay.

I grew up in the mid sixties and seventies with something of a hefty disdain for Manly.

It was a disdain maintained from a distance of about 366kms away in Canberra, and it was all based on the eternal battle between the mauve of the Manly-Warringah Sea Eagles (‘Silvertails’) and the Black and White of my beloved Western Suburbs Magpies (‘Fibros’). Rugby League, for the uninitiated.

My family hailed from the west: Parramatta, Harris Park, Guildford and Baulkham Hills. My anti-Manly bias was born of those silly tribal rivalries that sound so pointless in smaller towns like Canberra where I have never been able to take the north vs south thing seriously.

“We’re not that [farnarkeling] big!”

Cliff Notes: I’d never spent much time there, and while visiting friends in Fairlight and on other trips, I was looking for reasons to like the area.

Yes, we’ve fast-forwarded to 2013, and for some reason one day, I’d gone across the briney foam from Circular Quay to Manly Wharf and drifted up and down the Corso and around the back lanes and alleys.

And fell completely and totally and hopelessly in love with the place.

When you get just a little bit out of the centre of Manly, things get a little beige, bland and neo-conservative. But right in the middle of town, it’s like a little melting pot, albeit a flashier more glamorous pot than some other localities that host meetings of many cultures within the scope of what is loosely termed ‘Greater Sydney’.

Me, I love them all.

Walk from Punchbowl train station to the Boys High School (which I did when I first moved to Sydney in March 2013, to interview the assistant principal) and you see pretty much no white faces, hear no Australian spoken, and smell smells that don’t feature in, say, the main street of Miranda.

Take a walk along Forest Road in Hurstville CBD and to have a conversation or transact some business, a working knowledge of Mandarin, Cantonese or Korean would serve you well.

Hang out around various parts of Liverpool and a little Italian will get you a long way.

I know a little Italian. His name’s Marco and he’s a retired jockey.

(Dips the hat towards the film ‘Top Secret’ for that gag. I’m here all week, tip your wait staff, try the risotto.)

I love it. I adore it. I love feeling like a stranger in my own land. It’s like overseas travel without the 16 hours in cattle class and the baggage staff using your guitar for hammer throwing practice.

And your suitcase arriving inexplicably in Minsk.

Back to the Corso.

My go-to story here occurred one night when I was filled to overflowing with the joy of life, drifting slowly around the main drag and back lanes, drinking in the balmly evening air, and as an extroverted sensate, absolutely being pounded through at least ten senses with masses of raw data into an also raw body that was so open, so wanting to sense everything.

And when I’m in this mood, I sense beauty everywhere. Everywhere.

I haven’t seen ‘American Beauty’ for a long time, but a dodgy memory tells me that Kevin Spacey does a monologue about beauty and how overwhelming it can be.

It’s never that way for me. I’m not overwhelmed; I’m filled up, but never sated.

I’ve only ever created one internet meme and it was from a picture I took on Manly Beach at the eastern end of the Corso. It was early morning and I’d taken a panorama shot encompassing early morning board riders, beautiful young things jogging or walking past, a few people sitting on the wall, and one lovely young mother pushing her child in one of those all-purpose, all-terrain push chair/stroller that converts into a pram, jeep and RPG-launcher.

And I took that shot, with its skewed, panoramic perspective on the straight-edged reality of the stone wall, and I wrote words to the effect of: ‘Happiness is a place where you can appreciate all the beauty in the world without wanting to shag it’.

It resonated for many people at the time.

My go-to story. I was getting there. Circuitously.

I was drifting down the Corso, east to west, stopping to pick up litter, having little chats or smiles or nods, when I stopped at an ATM to get some cash. There were three gorgeous young women in front of me, one each at either ATM, and one in the shotgun position behind them. But the last of these was not very focussed on her turn in line, because when one of the front two peeled off, she was still lolling her head and gazing off into the middle distance in the most attractive manner.

I waited a polite interval and then strike me down if I knew or know now why I did this, but I asked her, “Excusez-moi, vous attendez?”

I hadn’t heard any of the three women say a word. They were wearing very neutral clothes (and looked three x a million dollars). No Eiffel Towers or Je Ne Sais Quoi motifs.

They all three swung around towards me. And they were all French. Three friends travelling together.

None of us could work out why I had asked if the third one was waiting in French.

None of us could work out why I had asked in French if the third one was waiting. 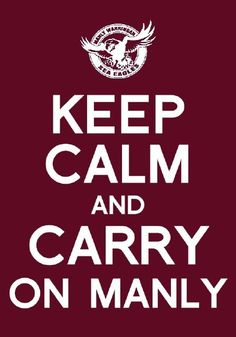 But for me, much more good happens than bad.

On Thursday 7 February 2013, something amazing happened to me on Manly Wharf. I sat down next to two blokes having a chat, and asked if I could pinch a bit of their table space.

Hilarity then ensued as we three did something of a comedy routine about soaring land prices on the Wharf, and was I really interested because other people were looking, in fact there’s a lovely couple from Engadine about to make an offer.

We repeated the dose when I left about half an hour later. I love how some comic routines occupy shared space and just roll out unscripted like this. It’s a constant joy.

‘My wife’s going to the West Indies.’

[If you can’t complete that gag, I don’t know if we can be friends…]

As I left I added a bit of spice to the mix of our repartée. I asked Brian if I could return the next day and interview him.

He did not skip a beat, and said absolutely and of course, as I had reasonably guessed he would from my inevitable ‘overheard’ production.

I will not preface the content of this interview with anything else, other than to say:

This for me up until that time and since then is the pinnacle of my interviews. As always, that lofty height I describe is a testament to the subject and their story, not the interviewer. They’re the story; I’m just the facilitating tool. 😉

Billy Bragg, Harry Manx and Myf Warhurst, I love your guts, but those crowning glories in my interview kit bag are all also-rans when compared with my 21 minute chat with the extraordinary ‘Brian’.

(Apologies for the sound quality: the wind was playing merry hell with the levels.)

For your listening pleasure and edification, the story of Brian:

I’ve been back to that part of the wharf many times hoping to see him and ask what he thought of the interview, but maybe it’s as planned. I’ll update his tales in 2033.