Skip to content
HomeTalk With Everyone – Even With Limited Head Space, November 2015

This is Limited Head Space.

It’s fairly descriptive of how I feel right now!

Dashing up Oxford Street tonight to get to the BWS bottle shop by 9.55pm, because NSW liquor licensing doth sayeth thou shalt not serve takeaway alcohol one second after 10pm.

Google Maps said I had 3.2kms to cover in 45mins. Yeah, try roughly a kilometre. I stopped and asked a Security dude outside The Paddington Inn at about 9.27pm how far it was, and he said, about 100 metres!

And it was at Paddo BWS that I met Denis serving behind the counter, and he told me about his band, Limited Head Space.

And he wrote the band name down on the back of a docket.

Right now, Denis and his mate, also in the band, have just shut up shop. It’s 10pm and the grille went down at 9.55pm. NSW Liquor Licensing laws: thou shalt not vend takeaway alcohol after 9.55pm. I may have mentioned that before.

BWS are all over this like a cheap suit. I have been that guy who stormed away at 9.56pm, stormed back at 9.57pm, then fumed off into the night before the sweep hand had time for another full revolution.

The original text above cut out because in the 36 minutes that I was sat there outside Astton Shoes and some indie Bed, Bath and Table shop, my browser had fallen over nine times.

My wine 🍷 is getting warm! 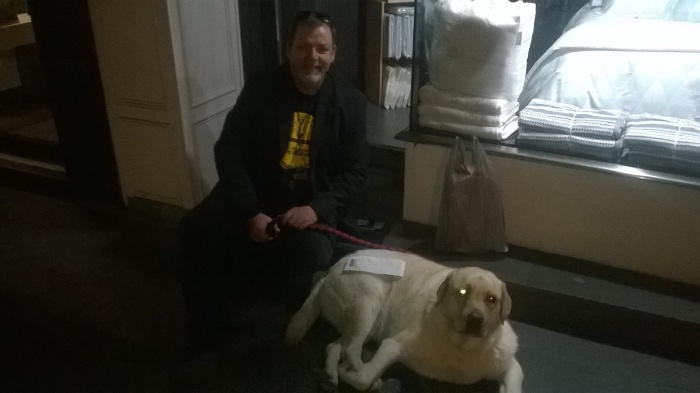