Skip to content
Home2012: An Overheard Productions year in review

[Insert audible groan of indecision mixed with ‘Oh well, why the hell not’-ness.]

I realise that ‘Year in Review’ blogs and lists can seem as passé as flash mobs and….. other things that are passé.

But as per the opening sentence, ‘Why not?’.

As with many things that I’ve written since age 14, this may provide a mixture of utility for others (especially if I’m reduxing your interview or news event) and utility for me. It’s a natural progression from the Year in Review emails and Farcebook notes I’ve written in years gone by.

This 2012 version was prompted by that nonsensical Farcebook function that purports to consolidate your 20 biggest moments of 2012, using an algorithm that was obviously created by a very finite number of monkeys on a finite number of very old typewriters. 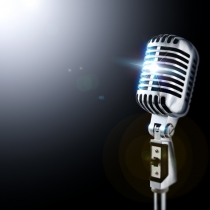 My glittering pseudo-career on community radio took an extended break in May when I hung up my boots from Artsound FM.

I love presenting radio programs. I’ve discovered so much good music, so many talented performers and met so many good people through it. But it’s nice to have a little more breathing room and leisure time.

I tend to throw myself in to things like this, boots and all, somtimes at the cost of sensible balance with other things, so I have enjoyed putting my energies into other areas.

But while I was still in the presenter’s chair, I enjoyed the usual assortment and parade of wonderful artists and performers who travelled through the studios or joined me in person or on the phone, including:

I was very touched by the avalanche of messages and well wishes from my colleagues after I departed. It’s a great station with some dedicated presenters who’ve been in the game long, long, long before me and who will be there for a goodly time after. I was happy to contribute as much as I did for the four years I was there.

I have left out two memorable moments to mention in isolation.

Getting to interview Harry Manx was one of the highlights of my year. Rarely if ever before have I met someone who immediately radiates such concentrated engagement and generosity to a total stranger such as me. It was just a sheer delight to see him perform at the National Folk Festival at Easter and at the Southern Cross Club in June.

At the time of publishing, that interview has been heard 606 times in 40 countries including Latvia, Bangladesh and Bulgaria.

And I’ve written more than enough to date about the Billy Bragg interview, so you can click on the links on the text, audio, gabble that I trotted out after and gig review. Or not!

Side note: there is a rather telling reason why there is a rather large gap between the number of listens to Harry and Billy’s interview, and it’s not related to the quality of the music or musician. Here’s a faux hint: Harry was earlier this year celebrating that he’d hit 3 000 fans on Facebook, and now he’s up to 8 663. Meanwhile, Billy has 111 000+ fans. 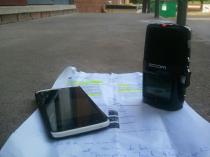 Not having the level of technology afforded by the radio station, I’ve continued to conduct interviews using a variety of devices, but I suffered a set-back after the National when my little iRiver MP3 recorder went missing in action. Hopefully it’s buried somewhere in my storage shed, but it’s so far not decided to surface.

I’ve now bought myself a handy little Zoom recorder and the sound is absolutely sublime, so I’m looking forward to running amok with it in 2013 and posting the results on my account with Soundcloud.

December 2012 marks six years of contributing articles to Trad and Now magazine with the lion’s share being in column form (A Punter’s Perspective). Having served what I once termed my seven year apprenticeship in folk at Easter 2012, I was toying with the idea of changing the title. However, this year has proven that I’ve still got my L-plates very much still bolted on.

Two trivial incidents underscored this. One came in mid December 2012 at a gig while chatting to a talented guitarist who, without a trace of arrogance, condescension or ill-intent, helped me realise yet again (and again) how little I understand or can ever appreciate the science of music in a technical sense. I’m not wired that way, and I believe it’s a healthy think that such a dichotomy exists.

Another moment came in about September when a long-time acquaintance told me (with more than just a little arrogance, condescension and ill-intent) in something of a snit in a personal message: “You know f—all about bluegrass and less about folk”. 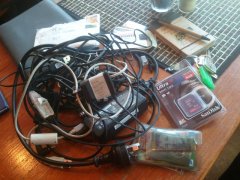 To quote that famous line from ‘The Sound of Music’, sometimes when the Great Flying Spaghetti Monster closes a radio microphone, somewhere he opens up a greater reliance on a blog page.

I may have paraphrased.

The blog has been an outlet for some of the interviews and a few random other articles that I’ve felt the need to commit to print. By far and away the biggest response came from the article I wrote about a totally random meeting where I afterwards expressed some thoughts of mine and another on the Aboriginal Tent Embassy in Canberra.

It had a first run in May and then I threw it into the mix in August at a time when some lowlifes were disseminating Aboriginal memes on social media. On that day, the article got 200 views. Paltry for others, but a high water mark for me and the blog.

And having planned a book about my late brother for about 17 years now, I’m no closer to it, but in late April I managed to squeeze out part of one chapter’s worth.

Needing somewhere a bit more salubrious than my own blog to do a follow-up interview with Harry Manx on his mid-2012 tour of Australia in June, I approached Gareth Hugh Evans at Timber and Steel to see if he was interested in carrying it. His response was enthusiastic, as he has been ever since, which has prompted me to make semi-regular contributions to this very fine nu-folk blog.

The reach that this blog has is simply phenomenal: well over 150 000 views in 169 countries (just in the ten months to mid-December 2012 for which I readily have figures available), seen by eyeballs almost all over the world, and a much-respected source of what’s what in folk, roots, acoustic and indie music.

I’ve been able to throw these into the mix since June:

As my late father would say, “I’m a bit tired just looking at all that!”

It was a busy year, and also a rather harsh and at times brutal year in personal and professional terms — 98.36% self-inflicted, of course.

As 2012 comes to a close, some of those embuggerances are slowly winding up, seeping away or I’m taking positive steps to eradicate and/or mitigate them. Famous last words, but I’m looking forward to a quieter, more even 2013, though it’s not likely to be any less busy.

I’ll see you — and mayhaps write about you — in dispatches.