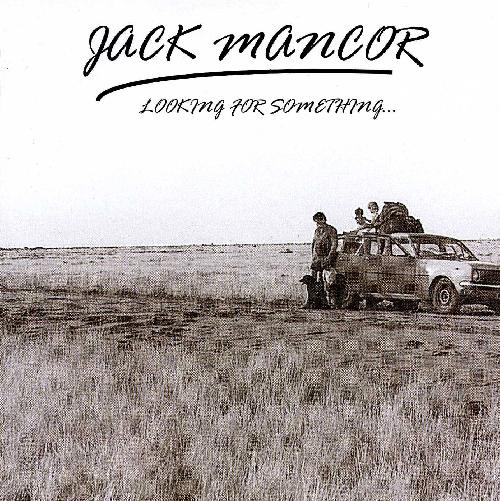 A Punter’s Perspective
Random observations on the wide, weird world of folk from the side of the stage

By Bill Quinn
Jack Mancor is already responsible for two of this punter’s 27,000 “Enduring Memories of Folk”.

The first occurred in August 2005, during the Folk Alliance Australia Convention, standing in the foyer of the Polish White Eagle Club in Canberra, hopping from foot to foot, desperately needing to decant some very fine (and very filtered) Polish beer, but physically unable to depart before the end of ‘Fisherman’s Boy’, Mancor’s haunting ode to the sailors of a Philippine fishing boat that went down in rough seas.

The second came in February 2007, after closing time at the very same venue, when Mancor and Owen Campbell broke into an impromptu version of ‘Rambling Rover’ on the footpath outside the club with various others joining in on the chorus:

A third enduring moment was to come, but more of that later.

The first two moments go to the heart of what seems to make Jack Mancor the muso, songster and wandering minstrel tick, and moreover, what seems to work on his audiences: the power of his lyrics and performance, and his up-closeness and accessibility to the punters.

And it works just as well when you take his music home and put him on the stereo: Mancor’s album ‘Looking For Something…’ is a remarkable work, reflecting the eclectic and meandering life he’s led to date.

Mancor left home at age 16, then lit off up the road at age 20 to somewhere and anywhere. He spent half of each year working at several vocations, and half the year doing what he loves to do: play his music and sing his songs to a crowd.

Jack rolls a cigarette out front of the endearingly grungy Phoenix bar in Canberra on a vibrant, balmy night (yes, they do exist in Canberra) while he tells me what he’s variously done for a trade.

“I’ve worked down mines, in canning factories, in textile mills, flour mills, on ships, trains, even a fruit juice factory. I’m a fitter by trade and a musician by heart. A lot of my music reflects my work ethic.”

“I’ve burnt a lot of bridges with a lot of bosses,” he concedes with a wry smile.

Mancor’s red-ragging may have earned him the ire of many bosses, but it’s also endeared him endlessly to the executive, rank and file of many unions, and he’s performed at rallies of up to 20,000 comrades.

Mancor’s seen much, and has had some fantastic times travelling. “I was born on the road at 100 miles an hour!” he claims with a grin. He also met his partner and now has a three-year-old, both travelling around with him.

Mancor’s been going to Nariel Creek since he was three himself, cutting his teeth on a steady diet of folk, fed to him by a musically-inclined father – a ‘three-chord basher’ – who exposed the young Mancor to a steady supply of the Guthries, Pete Seeger, sidecar blues and roots music.

Mancor got his first guitar at age 15, and rarely (if ever) looked back.

In Canberra for a couple of nights in February, Jack Manor played two very different gigs on successive nights. On a quiet Friday night, he played to what Enda Kenny would describe as a ‘furniture exhibition’ at the Polish White Eagle Club, to a modest yet very appreciative and knowledgeable gathering.

Mancor hammered out a raucous version of ‘Spanner in the Works’, his anthem-like call to workers to agitate:

“They smash the unions and the public schools
This country’s run by bigots, bludgers and fools
The squeeze on the poor is getting tighter
One man’s terrorist is another’s freedom fighter”

A punter leaned to another, shaking his head and muttering: “You think of the junk in the Top 40, and this guy’s playing this amazing stuff to 45 people. There’s no justice in this world!”

No, there isn’t. And that’s why we need Jack Mancor and others to tell us all about it.

The next night at the Phoenix was a totally different experience. While Mancor’s red-raggin’ tunes were met with solemn appreciation by a bunch of older, I mean, more mature punters the night before at the Polish, a packed audience of late teens and twenty-somethings went wild in the back room on Saturday night, springing up to dance at the first opportunity.

Photos of both Mancor and Campbell are littered with dancers in the foreground, the performers’ heads barely visible through the sea of gyrating bodies.

There’s an air of cognitive dissonance in all of that, watching gorgeous young things bopping away to gritty lyrics, driving guitar, harp and stomp-box. Mancor’s style is a holy confluence of Woody and Arlo Guthrie, Bruce Springsteen (without the stadium-filling backing band), Neil Young, Harry Chapin and Jim Croce. Rolled together with a large dose of his own experiences, a prominent work ethic, and an Australian flavour, and it all comes out as quintessentially very Jack Mancor.

For all of that, it’s grand to see anyone getting joy from music on any level, be it salty old unionists or barely legal pub-going teeny-boppers.

Enduring Moments of Folk #21,564: I woke from a nanna nap one sultry mid-evening to the strains of Mancor’s ‘No-One to Blame’ on the laptop:

From No-One to Blame, Jack Mancor

It resonated so strongly with a mish-mash of related experiences: a student from war-torn Sierra Leone I was tutoring at the time, the perennial stories from the detention centres, at a time when the ex-Minister for Immigration’s star was finally on the wane, and a favourite song by Kavisha Mazella on a similar topic I’d been learning.

It gels so strongly with this punter’s perspective on folk: music and other art forms that rip off the stage, or out of the speakers, reach into your soul, and find some common ground (thank you, Shane Howard) with the same track of your own heritage, roots, traditions and experience.

Listen to ‘Looking for Something…’ with caution. I was asked at an airline security gate recently if I was carrying any dangerous goods. “I’ve got an album in the laptop that’s got some pretty powerful songs of sedition,” I offered with a smile.

Strap yourselves in because Mancor’s got another album in the works.

For more about Jack, see www.jackmancor.com.